Sandalwood’s magical career began in India, where it has been used as a holy incense since the beginning of time. Early on, people observed that Sandalwood was never attacked by termites, which may have led to its reputation as a protective wood. The scent is believed to be one of the most pleasing to the gods.

In India, the scent of Sandalwood wafts through nearly every Hindu home and temple. The wood is carved into prayer beads, ground into powder to make paste for anointing the forehead, and reverently placed on funeral pyres. It is believed to have cooling and soothing properties, and to direct one’s attention toward the divine realms.

As Sandalwood made its way westward, its holy associations carried over into Ceremonial Magic. It is popular in blended incense and combines well with the sacred resins Frankincense and Myrrh. Sandalwood is considered to have a very high vibration, ideal for devotional and angelic magic. Sandalwood has a calming, sedative effect and aids in meditation. In ritual formulas, it is used for purification, consecration, relaxation, and peace. 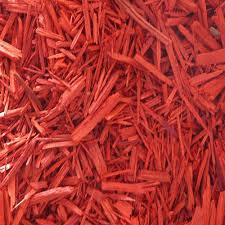